Riyadh: Saudi Arabia said on Monday it had signed agreements worth 204 billion riyals (Dh200 billion) and offered fresh incentives to attract capital as part of a 10-year program that would help diversify the economy of the world’s top oil exporter.

The kingdom is offering investment opportunities in mining, industry, logistics and energy through its National Industrial Development and Logistics Program (NIDLP).

That is part of an economic plan launched by Crown Prince Mohammad Bin Salman in 2016 to end dependence on hydrocarbons and create jobs for young Saudis.

NIDLP aims to boost the contribution of these sectors to $320 billion by 2030 to GDP, stimulate investments worth more than $426 billion, and increase the volume of non-oil exports to over $260 billion within an unspecified time period. It also wants to generate 1.6 million new jobs.

“The program will be an outstanding achievement within the economic diversification process led by your royal highness,” Energy Minister Khalid Al Falih said at a day-long event where Prince Mohammad made a brief appearance.

“Those who bet on Saudi Arabia will not lose while your royal highness is steering.” Prince Mohammad, who has been the main driver of efforts to transform Saudi Arabia’s economy and ease some social restrictions.

He has implemented reforms including ending a ban on women driving and opening cinemas in the nation.

The kingdom sealed 37 deals worth $53 billion and announced 29 others valued at $960 million. Boeing Co. agreed to manufacture airplane parts in the kingdom and Thales SA will cooperate in Defense. International Business Machines Corp. signed a deal for research into cloud computing and artificial intelligence.

Among the announced deals, which included MoUs, was an agreement with French Aerospace and Defense company Thales and CMI of Belgium in military industry cooperation; and an MoU between SPMC/Paxxal Inc. and SABIC to produce high performance, low weight plastic pallets in KSA to advance supply chain and logistics initiatives locally.

The Saudi Export Development Authority and the Saudi Industrial Development Fund reached a financing agreement worth $840 million for the construction of the Trans-Saudi Arabia plant in Jazan for basic and transformational industries, one of China’s flagship Belt and Road Initiatives.

Chemical companies Alrafiyah and Eastman Chemical of the United States agreed to set up a factory for hydrocarbon resins worth nearly $500 million.

The program is also offering investment in projects such as plants that manufacture rubber, catalysts and vehicles.

The Saudi government will spend 100 billion riyals in 2019 and 2020 as part of its industrial development program, according to NIDLP chief executive Aabed Abdullah Al Saadoun.

“How to ensure that the riyal that you’re spending on capex or opex is being spent wisely, efficiently,” he told Reuters on the sidelines. “That remains a challenge for sure: project execution.” — Agencies 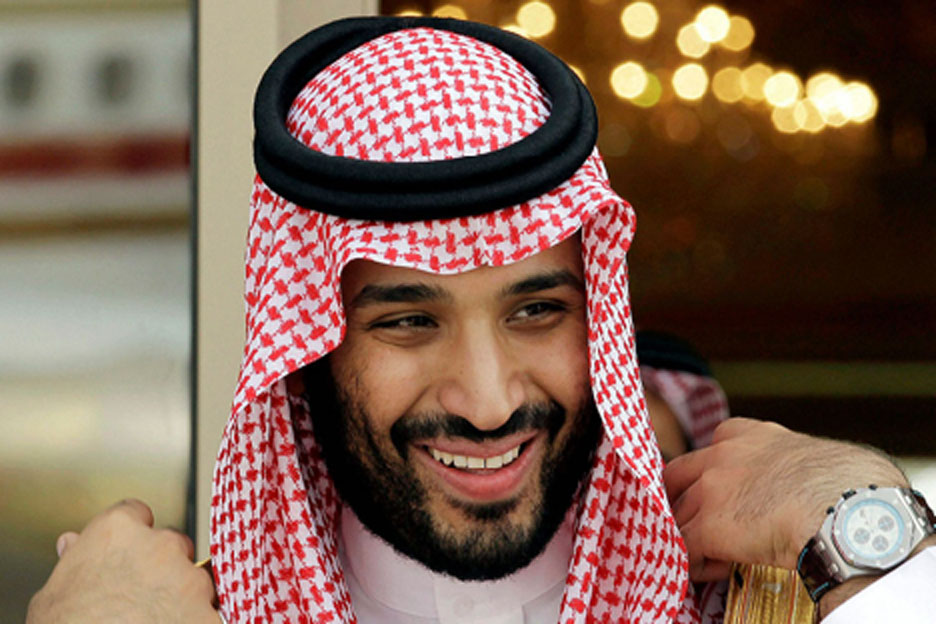 Crown Prince Mohammed Bin Salman, who’s already embarked on the biggest overhaul of the Saudi economy in its modern history, is preparing to roll out details of a sweeping plan to develop infrastructure and industry across the Middle East’s biggest country by area.

Saudi Arabia is seeking 1.6 trillion riyals (Dh1.5 trillion) of investment in railways, airports and industrial projects by 2030 as the world’s largest oil exporter looks to break its reliance on crude sales for government income. The kingdom could sign about 70 deals worth more than 200 billion riyals when Prince Mohammad presents the plan on Monday, according to Energy Minister Khalid Al Falih.

“It’s quite ambitious but it’s over a 10-year period so we’ve got the time to do it,” Al Falih told Bloomberg Television. “All of this will happen while we’re building our oil economy. We’re not stopping.”

Saudi Arabia is getting a makeover under the crown prince, who assumed his de facto leadership in 2017 vowing to steer the economy from its near-total dependence on crude by masterminding reforms known as Vision 2030. The kingdom’s infrastructure — from roads to water supply — was ranked 40th among 140 nations in the World Economic Forum’s latest Global Competitiveness Report.

But while higher public spending is projected to drive non-oil economic growth to 2.6 per cent in 2019, it remains below levels achieved before 2014, when crude prices collapsed, according to Bloomberg Economics. The share of the government’s oil income will grow to 68 per cent of total revenue this year.

With Saudi Arabia finding it harder to continue pumping fiscal stimulus into the economy, the infrastructure push will test investor faith after the killing of Jamal Khashoggi sparked global outcry. Al Falih has said the program is expected to contribute $320 billion (Dh1.1 trillion) to the Saudi economy by 2030, equivalent to almost half of the country’s gross domestic product last year, and create 11 new industries from aerospace to biomedicine.

The kingdom is planning to boost expenditure this year by 7 per cent, basing this year’s budget on an oil price estimated by Bloomberg Economics at as high as $80 a barrel. International benchmark Brent crude closed below $62 in London on Friday.

“The room for fiscal spending is actually quite limited,” Jaap Meijer, head of research at Arqaam Capital Ltd, said in an interview with Bloomberg Television. “Although fiscal policy is loosening a little bit into the new year, the scope of it has to be fairly limited.”

The program will link energy, mining and infrastructure projects and will include new defense industry initiatives seeking to bring technology and manufacturing to Saudi Arabia, Al Falih said on Saturday in Riyadh. The kingdom plans to restructure its power industry by separating ownership of power plants from the high-voltage lines used for transmission across the country and from the connections to homes and offices.

Known as the National Industrial Development and Logistics Program, the planned investment includes some projects that have already started and combines efforts across different industries. For example, the country has long planned to reform its electricity industry.

Some of Saudi Aramco projects will also come under the umbrella of the new program, including an industrial park on the Persian Gulf coast and a plan with Saudi Basic Industries Corp to transform oil straight into chemicals, Al Falih said.

Nabil Al Amoudi, the Saudi minister of transportation, said a new airport for Riyadh, the capital, is also under consideration. The kingdom additionally plans to refurbish and expand five airports, and build 2,000 kilometers of railways, he said.

Talk to a specialist